My Imagination on Paper, an end; a beginning

My Imagination on Paper has run its course. It is being dissolved, it is merging, and yet it will grow.

Having two blogs is quite strange. The main idea behind it was so I could separate my interests in order to discuss them on two social platforms. I didn’t create two blogs for people with different interests to look at either one or the other. I didn’t create two blogs because I feared people would think my blog covered too many topics. I didn’t create two blogs for anyone but myself, and I have never cared about what anyone else thought of me having two blogs. But I created two blogs for a very simple, yet slightly strange reason. I like the order, the categories, the segregation of interests. The labels, the themes, the topics, all separated into two. Almost giving myself a dual identity online, because writing about so many topics on my blog created a minefield that I was afraid of. As if writing about such a wide range of things and keeping it all in one place was somehow very tempestuous in my mind, and so the only logical solution was to separate, divide, half. Creating to blogs; the creative, and the introvert. 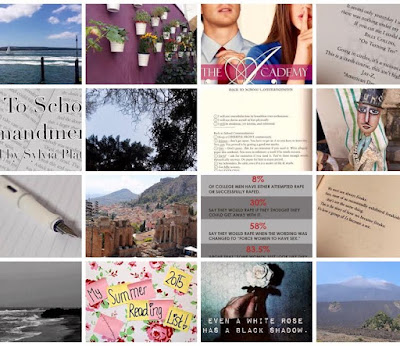 But there were crossovers. Where does travel fit in for example – beauty, fashion and lifestyle, or thoughts, short stories and books? One blog is much more developed than the other, and has a bigger audience, how on earth do I get the other blog to catch up?

Having two blogs has been great. I like separating my thoughts into two different sides, and although it satisfies my need for order and neatness, it isn’t logical and the separation is only going to get bigger and bigger to create some sort of a gap that I won’t know how to deal with.

So the solution, two becomes one. My Imagination on Paper will still be up on the internet and none of my previous blog posts will be deleted. However from now on, I will only be posting on Paint the Roses Red; and here is where things will get shaken up a bit.

I’m going to start with a new design, a new blogger button and a new blog title header. Then I’m going to move onto the content. Like My Imagination on Paper, no previous posts will be taken down, but from now on I will be writing differently.

I will write about whatever I want to. I’m not going to conform to write within the limits of certain genres, topics or styles. I will write about anything I wish to. I have never really paid much attention to my audience, or lack thereof, and I don’t plan on starting to do so. If the readers of my blog don’t like my posts about books, there is no obligation to read them. If my readers don’t like this little shake up, then there are plenty other blogs worth reading instead of mine. I’m going to do what I want, and hopefully, from there I will start to gain an audience who appreciate that and don’t mind that.

As for a blogging schedule… I don’t know yet. I have always followed one and I have always found it easy to follow one, but I don’t want to fall into the trap of publishing blog posts because I feel I have to because it’s a Sunday and I haven’t posted all week. I don’t want to blog for the sake of it and I don’t want to feel pressured into publishing a certain number of blog posts each month. However at the same time, what if I naturally slip into a makeshift schedule, as I have always followed one and can’t tear myself away from it. I’m also aware that blogs tend to get more traffic if the blog follows a schedule, or at least, publishes blog posts regularly, and although I don’t care about page views, it would be nice if more people could read my blog, as from now on I plan to only publish what I have worked hard on and what I am really passionate about. So I don’t know yet. And it’s bugging me that I don’t know. But if you have an idea, please comment because I don’t like not knowing and it’s starting to drive me up the wall…

So that’s the update. My Imagination on Paper is going to merge with Paint the Roses Red to become one blog, rather than two. But Paint the Roses Red will from now on consist of anything and everything I want it to, because although it doesn’t have much direction, I don’t want it to be bound by blogging convention.

Adios xx
Posted by Unknown at 12:42 No comments:

Email ThisBlogThis!Share to TwitterShare to FacebookShare to Pinterest
Labels: Thoughts

“They say he was disturbed – someone to be pitied, feared and avoided.” 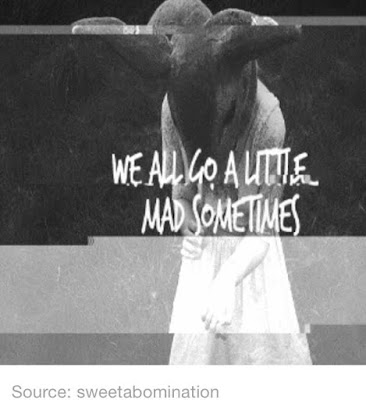 But at the end of the day he was still human. He just wore his demons on his sleeve, where some like to wear their heart. His face was of a wretched inky misery, and his eyes were of a depth one could get lost in, only to never return. The silence of the words he didn’t say blared out from his soul and his body hung loose as if it were drawn out; as if life had such all the living out of him. His skin a grey ashen, heavy-looking, solemn. His fingers thin, matching his silhouetted body. His hair, a musky black, messy, unkempt. No one should have to hold the memories he does, the memories that are imprinted into his skull, the memories that he cannot escape from. No one should have to experience the things he did, the things he lived through, when there was still life left in him. No one should have to hold themselves up the way he does, as if his thin body weighs a hundred stone, and he has lost the energy to hold it up right. No one should live the way does, because he isn’t really living, his life was taken away from him a long time ago. They say he was disturbed – someone to be pitied, feared and avoided. But at the end of the day he was still human. He just surrendered a long time ago, and no part of him could be retrieved.

*Disclaimer - please don't use/edit my work without my express permission and please don't share it without it being credited and sourced back to me...*

To hold a pen is to be at war 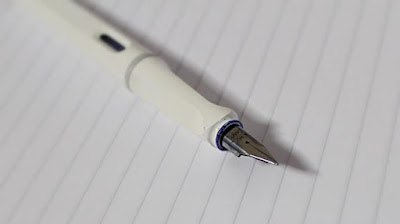 
To hold a pen is to be at war. To write a word is to be in the midst of battle. To write a page is to be relentless. War doesn’t solve anything, it is no more meaningful than words on a page. But words can change people. Words have the mystical power to kill a person within a second. So can war. Words can be seen as a jumble of 26 letters. War can be seen as a fight for the better race. Life is up to interpretation. One can gain the same from a word than the world can from a war. Nothing. 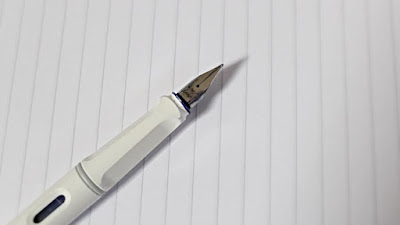 *Disclaimer - please don't use/edit my work without my express permission and please don't share it without it being credited and sourced back to me - this was just something I wrote a little while ago - I know it's not perfect, it was never supposed to be. The main idea behind this was to draw links between writing and war; to create a chain of thought; to make you question meaning and meaninglessness...* 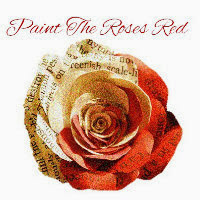